At Paradise Auto ,We understand that every vehicle owner works on a different budget. This is why we offer several packages for car detailing in MISSISSAUGA-BRAMPTON to suit differing budgets. Basic cleaning packages are great for those on a tight budget whereas more extensive detailing options include specialized treatments. Our variety of packages not only assure affordable car detailing in MISSISSAUGA-BRAMPTON for everyone, but we also allow vehicle owners to make their selection based on their needs. Optional extras are also available which means that vehicle owners can add the extras they need without breaking the bank.

We are trusted by Toronto’s top dealerships for years.

Call Paradise Auto Care and we take care of all your car care needs.

We offer a one-of-a-kind, convenient way to get your car clean. Call our mobile car detailing Toronto service for:

ALL CAR DETAILING NEEDS IN MISSISSAUGA-BRAMPTON UNDER ONE SHOP 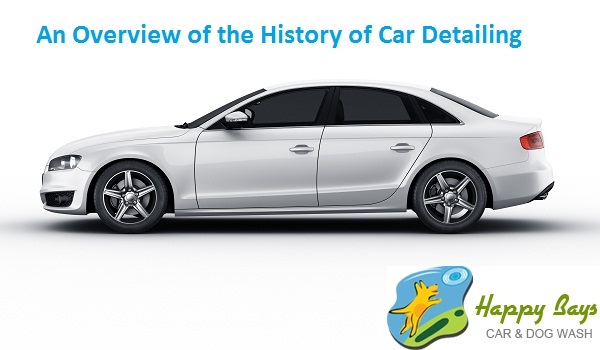 In a German town, namely Bischofsheim, wax was produced for the first time. The year of production was 1800. The function of the wax was to protect paint that was applied to horse carriage.

In the year 1886, Karl Benz manufactured the world’s first car. The car moved with the power of gasoline. Currently, the automobile company is known as Mercedez Benz. Wilhelm Mayback and Gottlieb Daimler floated the company in 1889.

Research and Development of Polishing Compound

In 1901, Frank Meguiar Jr. floated a small furniture polish plant and laboratory in his garage. The company is called Meguiar’s. Currently, it is the one of the leading producers of car detailing products in the world.

George Simons developed carnauba wax product and cleaner in 1910. The company was named as Simons Manufacturing Company. The products were branded as the Simons paste wax and Simons Cleaner.

In 1912, the auto detailing process was termed as simonizing. The company was rechristened as Simoniz.

Ben Hirsch invented the first bottled car wax in 1944. It was branded as Plastone. Due to its hard shell finish, the liquid auto polish was rechristened as Turtle Wax.

DuPont launched the world’s first polymer sealant in 1969. By 1970’s, car detailers in Europe and Japan used metallic based paints that featured clear coat. The clear coat feature resulted in long lasting color, gloss and outstanding hardness. The use of this kind of paint swept across the US as well.

The detailing clay which was used in Japan during 1980s was launched in the US in 1990. 1990s saw the introduction of oven dried, water based two stage paint system. This process improved the clear coat system.

PPG Industries introduced CeramiClear in 2000. It is a binary clear coat composition which prevents paint from degradation due to UV radiation, salt, acid rain, etc. The car paint industry made progress with the introduction of clear coat sealants in 2007.

This is the brief history of auto detailing. With these innovations, a reputed car detailing service in creates the best results.

Mississauga can trace its roots back to before European settlement – over 200 years ago. In the early 1600s, French traders encountered Native peoples around the North Shore of Lake Huron called the Mississaugas. The Mississaugas were an Ojibwa band, and by the early 1700s had migrated south and settled in the area around the Etobicoke Creek, Credit River and Burlington Bay. “Mississauga” translates as meaning “River of the North of Many Mouths”.

On August 2nd, 1805, near the mouth of the Credit River, representatives for the British Crown and the Native Mississaugas signed a treaty – Treaty 13A – which saw the surrender of a vast tract of land to the British Crown. Referred to as the “Mississauga Purchase” or the “First Purchase”, the Crown acquired over 74,000 acres of land excluding a 1 mile strip on each side of the Credit River from the waterfront to the base line (modern Eglinton Avenue), and this became known as the Credit Indian Reserve. This tract of land was surveyed in 1806, named Toronto Township, and opened for settlement. It is known as the “Old Survey”.

The Second Purchase & Other Treaties

Additional treaties were signed between the Mississaugas and the British Crown, which allowed the Crown to acquire title to more land. On October 28th, 1818, Treaty 19 – known as the “Second Purchase” – was signed, which surrendered over 600,000 acres of land – which included most of today’s Region of Peel. This vast area was surveyed and opened for settlement in 1819. Known as the “New Survey”, this area was divided into the townships of Toronto, Chinguacousy, Caledon, Albion and Toronto Gore. Two other treaties were also reached with the Mississaugas; on February 28th, 1820, treaties 22 and 23 were signed, which saw the surrender of much of the Credit Indian Reserve lands set aside in 1805. Collectively they are referred to as the “Credit Treaties”. The Mississaugas relocated out of this area in 1847 and settled on the New Credit Reserve near Brantford.